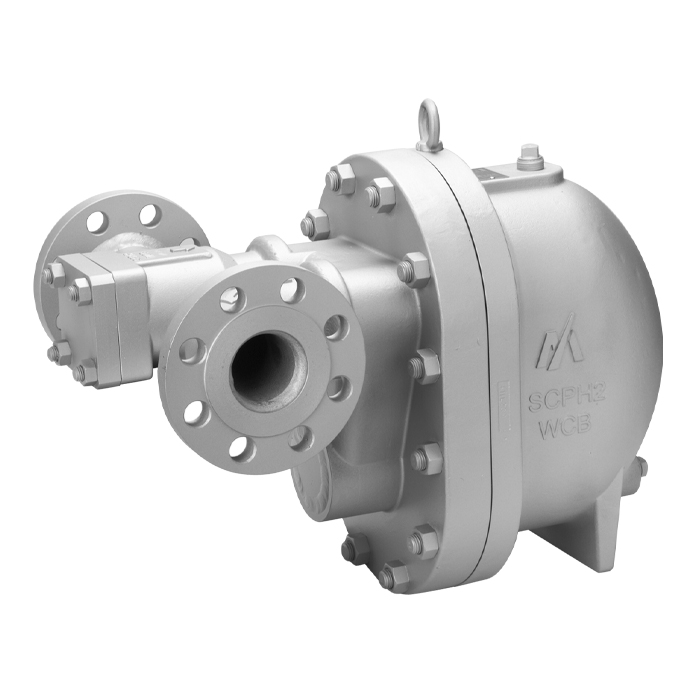 Ball Float Steam Traps belong to the family of mechanical traps. They operate on the difference in density between steam and water.

A ball float is connected with a lever to the valve and seat. Condensate will be discharged once it reaches a certain level inside the trap. Condensate is discharged continuously.

Ball Float Steam Traps can be used in all process applications, like all kind of heat exchangers, tank and unit heaters and others, where condensate must be removed immediately after it forms

The type GC1 is especially designed for applications in the food, pharmaceutical and other industries with small condensate loads and the need for stainless steel bodies. It can be also installed for drainage of steam main lines.

As soon as a certain water level is reached, the float rises and opens the valve. The cold condensate is discharged through the open valve and the open air vent.

When the condensate reaches saturation temperature, the air vent closes and condensate is discharged only through the main valve orifice.

The condensate forms a water seal inside the trap body, which prevents live steam loss at all times.

The opening degree of the valve is regulated by the water level inside the trap body. Condensate is discharged continuously.

As long as air enters the trap and accumulates at the top of the trap body, the temperature cools down a little bit and the air vent, which opens slightly below saturation temperature, begins to discharge the air from the trap.